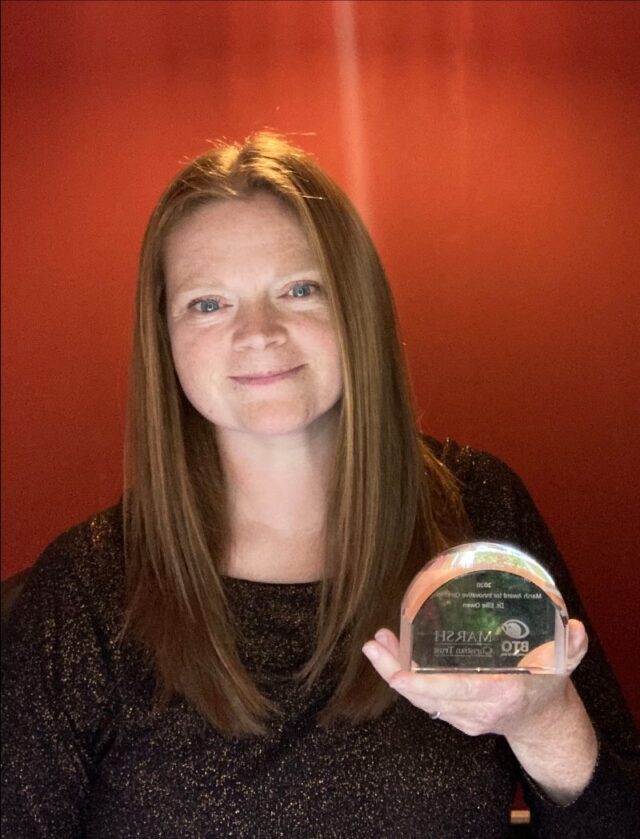 Dr Ellie Owen is a conservation scientist at RSPB Centre for Conservation Science. Ellie specialises in seabird ecology and conservation and her innovative “Puffarazzi” project breaks new ground. Obtaining photos from the public, of Puffins returning to their breeding burrows with fish-laden beaks, has brought science and people engagement together in clever and inspiring ways. The public are driving our knowledge of Puffin diets, and the impacts of this on the success, or not, of puffin populations.

Puffins are one of our most iconic bird species, but like many seabirds its numbers have declined rapidly in recent years and it now features on the Birds of Conservation Concern Red List. A key factor influencing these declines is thought to be low breeding success driven by the low availability of key prey species, like the sandeel, during the breeding season. However, collecting data on seabird diets is notoriously difficult and often requires really intensive monitoring at colonies. As a result, we have very little data on differences in diet across the country and over time, making it difficult to investigate the influence of diet differences on breeding success more widely.

Ellie’s innovative ‘Puffarazzi’ project has helped to overcome this. The project is powered by a team of volunteers (the puffineers!) who help run the project and identify the fish in the photographs from members of the public. The resulting data are used to investigate spatial and temporal changes in Puffin diet and ultimately will be used to link these changes to breeding success. In its first year, members of the public submitted over 1,400 photographs from 40 sites with over 12,000 fish identified as a result. The initial results from this project have started to reveal differences in diet across the UK. This innovative and engaging project is an excellent example of what can be achieved through citizen science, and has the potential to make a real difference to Puffin and wider seabird conservation.

Dr Aonghais Cook, nominating Ellie for the award, said, “Understanding what puffins are eating is a crucial part of explaining the reasons for their current declines. However, collecting these data has proven extremely challenging. Ellie has developed an innovative citizen science project recruiting members of the public to the ‘Puffarazi’ by encouraging them to submit those iconic shots of puffins carrying fish back to their burrows. By identifying the size and types of fish brought back to burrows, Ellie and her team of Puffineers will help us to understand how food is driving the population trends of one of Britain’s most charismatic bird species. She is a very worthy recipient of this award”

Ellie, receiving the award, said, “It is very exciting to have our work recognised in this way. Citizen science is undergoing rapid development and its dual ability to provide robust conservation data, whilst also facilitating wider societal support for biodiversity conservation, make it particularly valuable. I’m excited to see what future innovations citizen science will bring in the field of ornithology.”

The Marsh Award for Innovation is awarded to an individual or group who have substantially advanced our understanding of avian ecology and whose work positively reflects pioneering work in the field to the wider public.

Museum of London releases first ever recorded soundscapes of London alongside...

CITY OF LONDON Ranks As Second Highest Vandalism Hotspot In The...