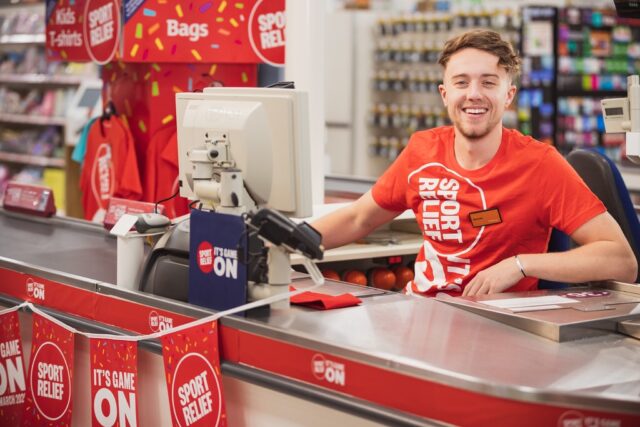 Roman Kemp left supermarket customers delighted when he took part in a series of dares for this year’s Sport Relief campaign at a Sainsbury’s store in South London.

Wearing a Sainsbury’s name badge, The Capital FM host threw his support behind this year’s campaign to help Sport Relief raise money to tackle issues such as homelessness, domestic abuse and mental health stigma in the UK and around world.

Roman had onlookers in stitches when he attempted to guess as many items as possible coming through the checkout – all while being blindfolded. Kicking off with everyday grocery products like leeks, pizza, an aubergine, more unconventional objects soon began to come through, including a chair, slime, a watering can and a life-size mannequin. Roman scored points for each correctly guessed item, finishing with a total tally of 8 out of 11. 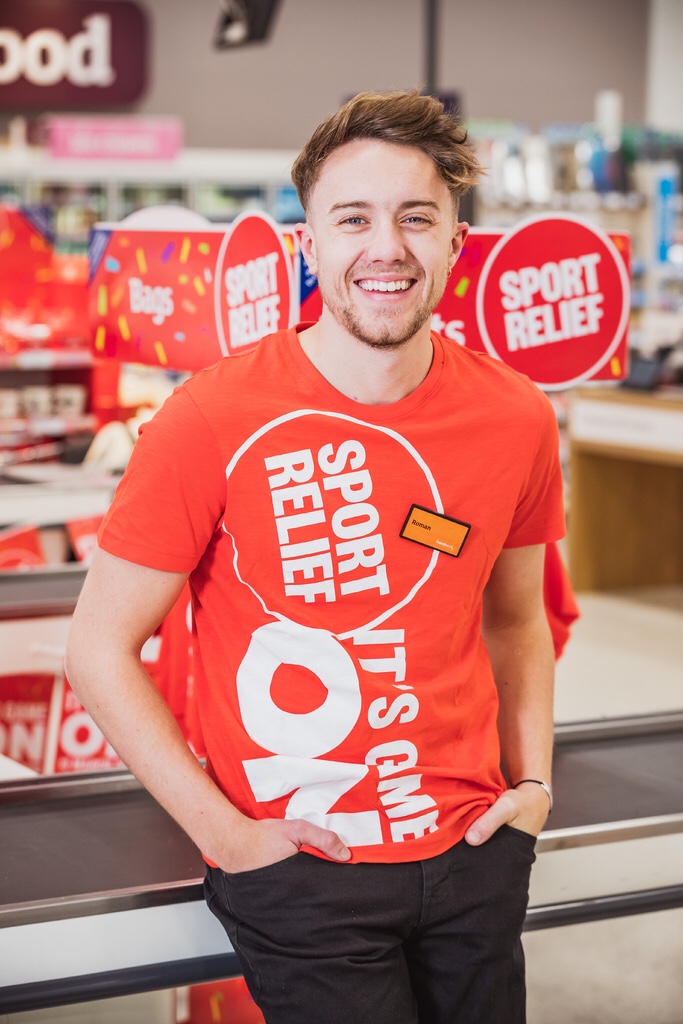 Another skit saw the I’m a Celebrity…Get Me Out of Here! star convincing shoppers and staff to join him for a hilarious Conga line around the supermarket aisles. It didn’t take long until everyone burst into a loud impromptu rendition of ‘Get Your Kit On’, Sport Relief’s official tagline.

For his final task, Roman had to put on as many clothes as possible within thirty seconds. Quickly piling on T-shirts, trousers, socks and even a life jacket and helmet, he mastered the challenge with an impressive forty-five clothing items.

Local artists release exhibition as a response to a rapidly changing...

LG to bring football home to the streets of Wembley