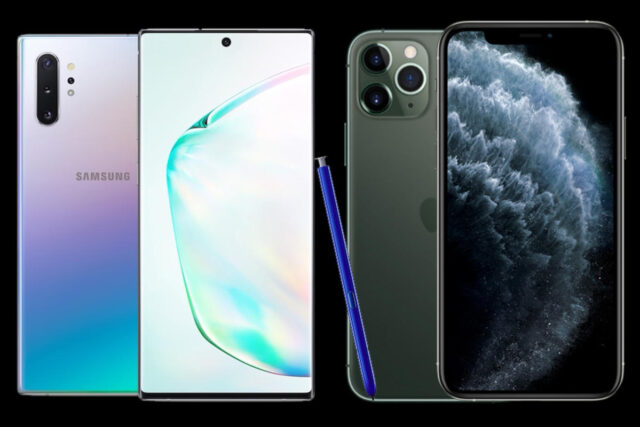 If you want to pay less each month for your smartphone, you’ve probably come across SIM-only contracts and deals. Unlike standard smartphone contracts that come with a shiny new handset, SIM-only deals only include the SIM card and your monthly allowance, which means that they can be a much cheaper option for those who don’t want to be tied into an expensive contract for the next two years. If you want to cut your monthly expenses and you’re not tied into a smartphone contract right now, switching to SIM-only could be just what you need. We’ve put together some of the main benefits of SIM-only deals and why you should consider them.

Compared to smartphone contracts that can set you back a rather large amount of money each month, SIM-only plans can be ridiculously cheap. For example, Lebara SIM-only deals start at just £5 per month, which is nothing compared to the £50+ that you might be paying for a contract with a new smartphone included. If cutting your monthly expenses is important to you, a SIM-only plan is definitely a great way forward.

If you’ve got a poor credit rating you might struggle to get a smartphone handset on contract. This is because when a network accepts you for a smartphone contract, the cost of the handset is covered in your monthly fee and it is treated in much the same way as a credit agreement. On the other hand, SIM-only deals mean that the network has much less to lose as if you’re unable to pay for any reason, they won’t lose a handset. 30-day rolling SIM-only contracts do not typically require you to undergo a credit check since they are extremely low risk to the network, so they are open to anybody.

If you don’t like the idea of being tied down to using the same phone handset for the next two years and making the same payment for the next 24 months, a SIM-only deal could be the best option for you. When you sign up to a SIM-only contract, you have complete freedom to change networks if you like, adjust your allowances as you see fit and change your handset without worrying about paying it off. Although SIM-only contracts do not include a handset, it means that you can save money by purchasing a refurbished or second-hand phone if you do want a new one. You can find options that are very affordable to purchase outright and there’s no need to worry about your phone service being cut off if you can’t afford to make a large monthly payment.

Although SIM-only contracts are ideal for those with poor credit as the requirements are quite low, paying one each month can actually help you improve your credit score over time. This is especially true if you sign up for a SIM-only deal that you are tied into for a certain amount of time. These deals tend to be shorter than smartphone contracts at 6, 12 or 18 months depending on what you need. While it’s easier to get accepted, each time you make a payment, it will be recorded as a positive on your credit file and can help to improve your score. If you’re struggling to get a smartphone contract right now but know that you want to get one in the future, a SIM-only contract can also help you build up to that by giving you a chance to show the network that you’re a customer who’s responsible with money. This will then improve the chance that you’ll get accepted if you want to upgrade to a regular smartphone contract in the future.

Signing up to a SIM-only contract not only gives you more freedom if you want to change networks or change your monthly allowances, but you’ll also have much more freedom if you want to upgrade your phone. A typical two-year smartphone contract will still need to be repaid even if you change your handset during that period, no matter the reason. With a SIM-only contract, there’s no risk of you having to continue paying for months for a phone that has been broken, lost or stolen and since replaced. You can simply get a new handset and start using your SIM card it at any time that you like. Since dozens of new smartphone handsets tend to be released in the two-year period that you’d be tied into a smartphone contract for, doing it the SIM-only way means that you don’t need to worry about missing out – and you can use the monthly amount you’ll save by going SIM-only to put towards your next smartphone.

If you have your own business and have decided that you need a business phone for clients, customers, employees and suppliers to contact you on rather than your personal number, a SIM-only contract can be the ideal choice. This is because they are so cheap and flexible; you can easily change the amount that you pay for your phone each month to suit the needs of your business and make sure that you are not going over your budget if it changes. This makes them an especially useful option for startups and small business owners who need a basic phone for business use and want the flexibility to change the amount that they pay when they need to urgently cut business costs.

Finally, life can be unpredictable – and when you sign up for a two-year-long smartphone contract, you never know where you are going to be half-way through that length of time. Even if your life, career and income is going well right now, you can never guarantee that things are going to be exactly the same for you within the next few months.

Anything can happen, and while most of us hope that our situations will get better instead of worse, having the option to be flexible and not worry about making large monthly payments if things go wrong in your life can take a lot of the stress away and ensure that you don’t have any unnecessary anxieties. For example, if you suddenly lost your job or became ill and was unable to work, a SIM-only contract means that you can easily reduce your allowances and monthly payment to an amount that suits you better without having to worry about any negative impacts on your credit file or repercussions like having your phone service switched off when you need it the most.

If you want to reduce your monthly expenses as much as possible, a SIM-only contract is definitely the best way to go about paying for your smartphone allowance. Although there’s no handset included, it does give you the flexibility to shop around for a cheaper smartphone deal and change your handset whenever you like without the need to worry about paying it off.