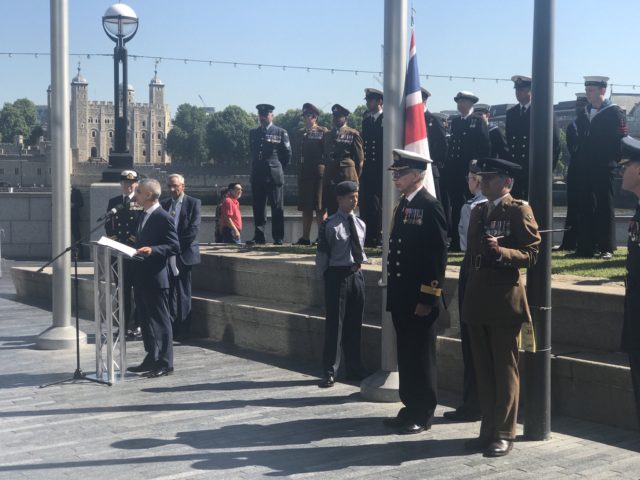 The Mayor of London and the London Assembly joined members of the British Armed Forces at City Hall today (Monday 25 June) for a flag-raising ceremony to honour the courage and commitment of the Armed Forces community.

The annual ceremony took place ahead of National Armed Forces Day, next Saturday, and was attended by members of the Forces as well as veterans, reserves, cadets and representatives from military charities. It is the 10th Armed Forces Day ceremony organised by the Mayor and London Assembly. 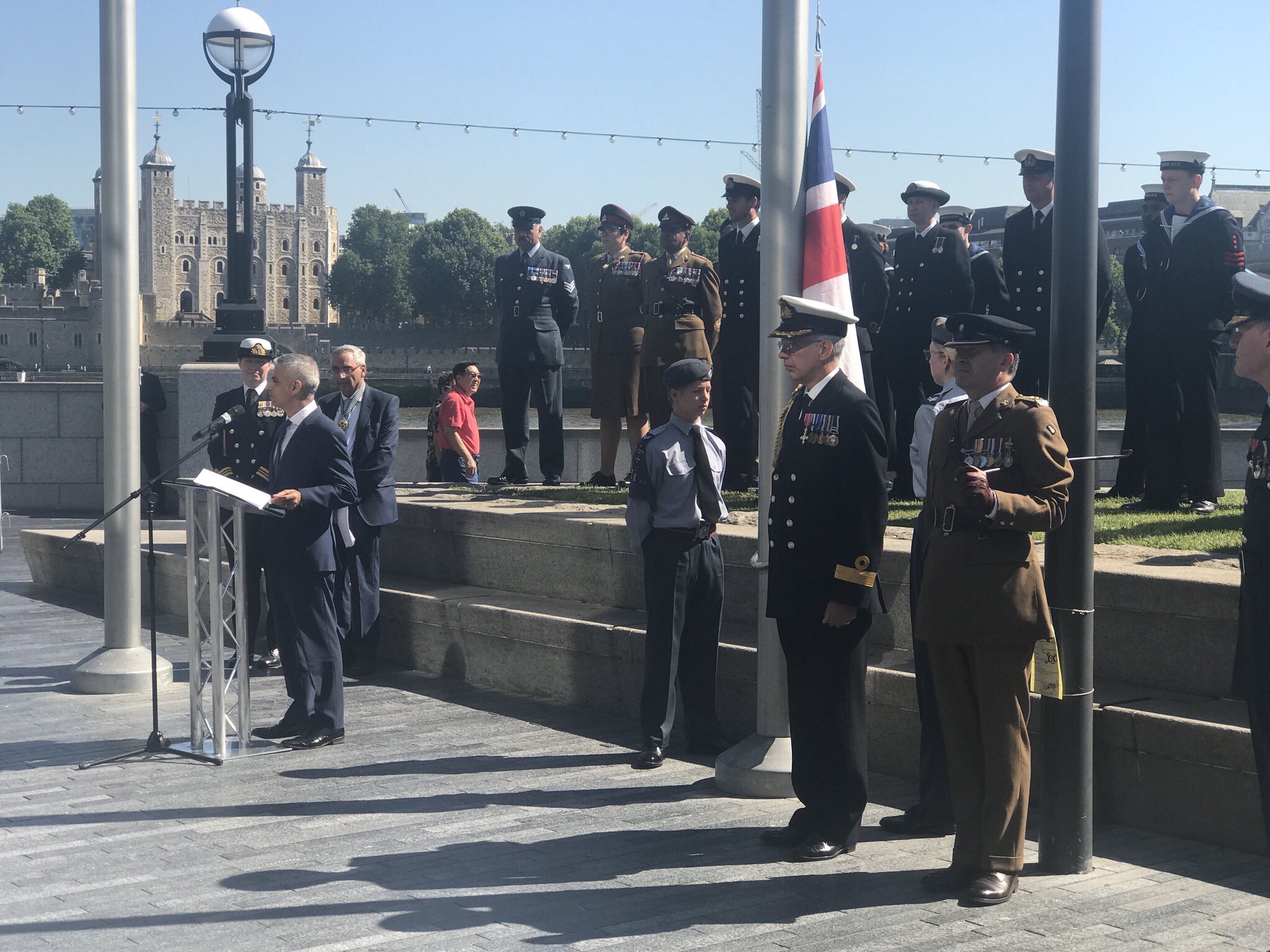 The Mayor, Sadiq Khan and Chair of the London Assembly, Tony Arbour AM, joined senior military figures for the ceremony, which featured musical contributions from the Band of the Royal Yeomanry.