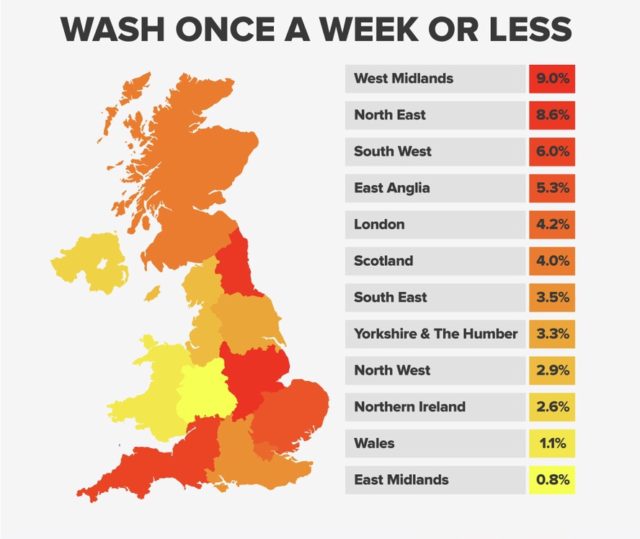 An estimated 3.3 million unhygienic Brits confess they only wash once a week, according to a new survey.

In addition to this, almost 12 million Brits opt to wash only twice a week, highlighting a hygiene issue for just under a quarter of the population.

Men were found to be the biggest culprits when it comes to neglecting their washing duties with a fifth only doing it twice a week, while 6% – that’s an estimated 1.9 million – step in the shower just once.

The survey by BathroomTakeaway.co.uk on bath time habits also found that the nation rates showers over baths, with 17% never taking a bath.

When asked why they would choose a shower over a bath, three quarters of Brits said that a bath takes too long, with the average bath taking 24 minutes compared to the average shower only lasting 7 minutes and 35 seconds.

56% believe that their bath is too unhygienic, which is unsurprising when you consider that almost two fifths of respondents confessed to never cleaning their bathroom. 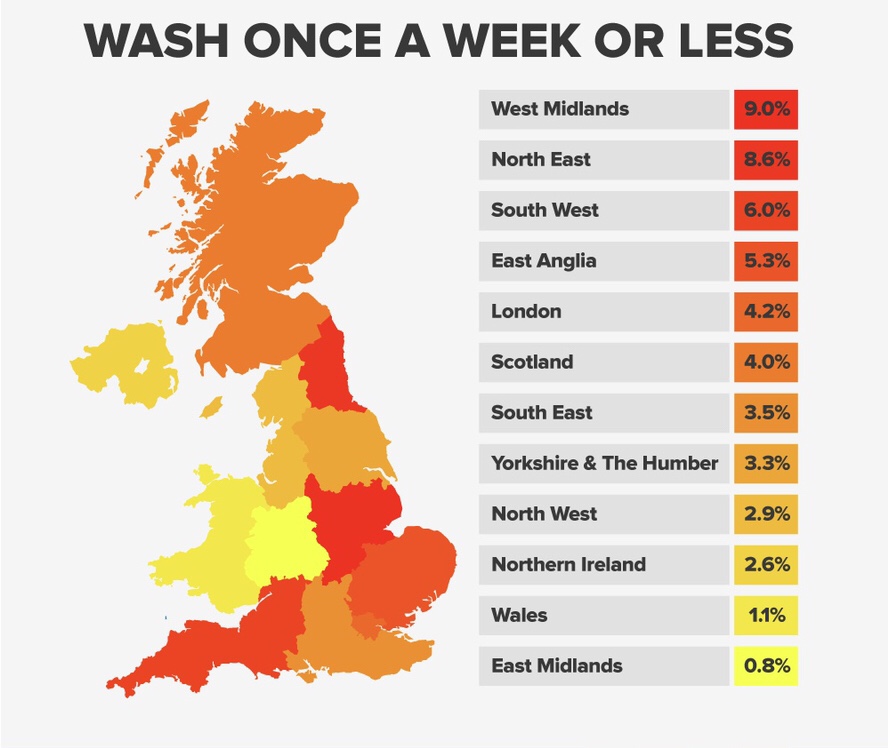 To make matters worse, over a quarter of Brits have disgustingly urinated in the shower.

Despite the immense popularity of showers have over baths, almost four million brits never shower.

Tom Grennan Reveals All About an Embarrassing Encounter with David Grohl...

Thousands of kids across London admitted to hospital for drink and...

Kick-start the New Year with free drinks on a Fred. Olsen...

Police are appealing for the public’s help in finding a pregnant...