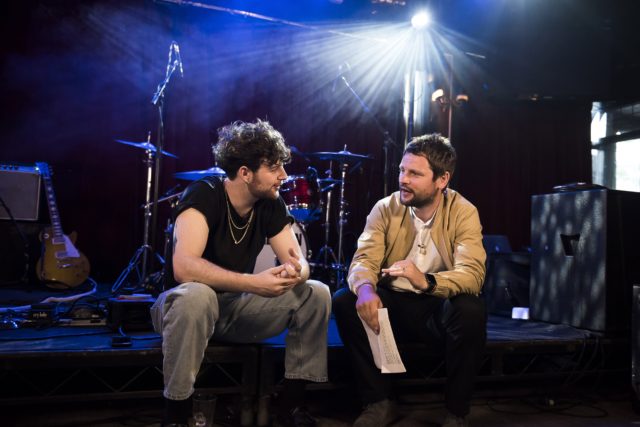 Today sees Episode 6 of music show ‘Red Stripe presents: This Feeling TV’ premiere online for the first time, featuring guest appearances from Miles Kane, Laura Whitmore, Tom Grennan, You Me At Six, Spring King, The Struts, Sophie And The Giants and The Surrenders.

Tom Grennan tells Gordon: “I’m not too sure what’s going to happen, now. What’s come out already isn’t anything that’s like on the new album – it takes a dip into a whole different world. It’s exciting for people to hear what I’ve had up my sleeve.”

Following a string of successful festival performances, Gordon quizzed Tom on what it was like having such a positive response from the general public. “It’s amazing. They’re singing songs that they don’t even know, and to hear them singing songs they don’t even know proves the songs are catchy and relatable. It’s connecting, the energy that I give to the crowd, and the crowd gives me that energy back.” 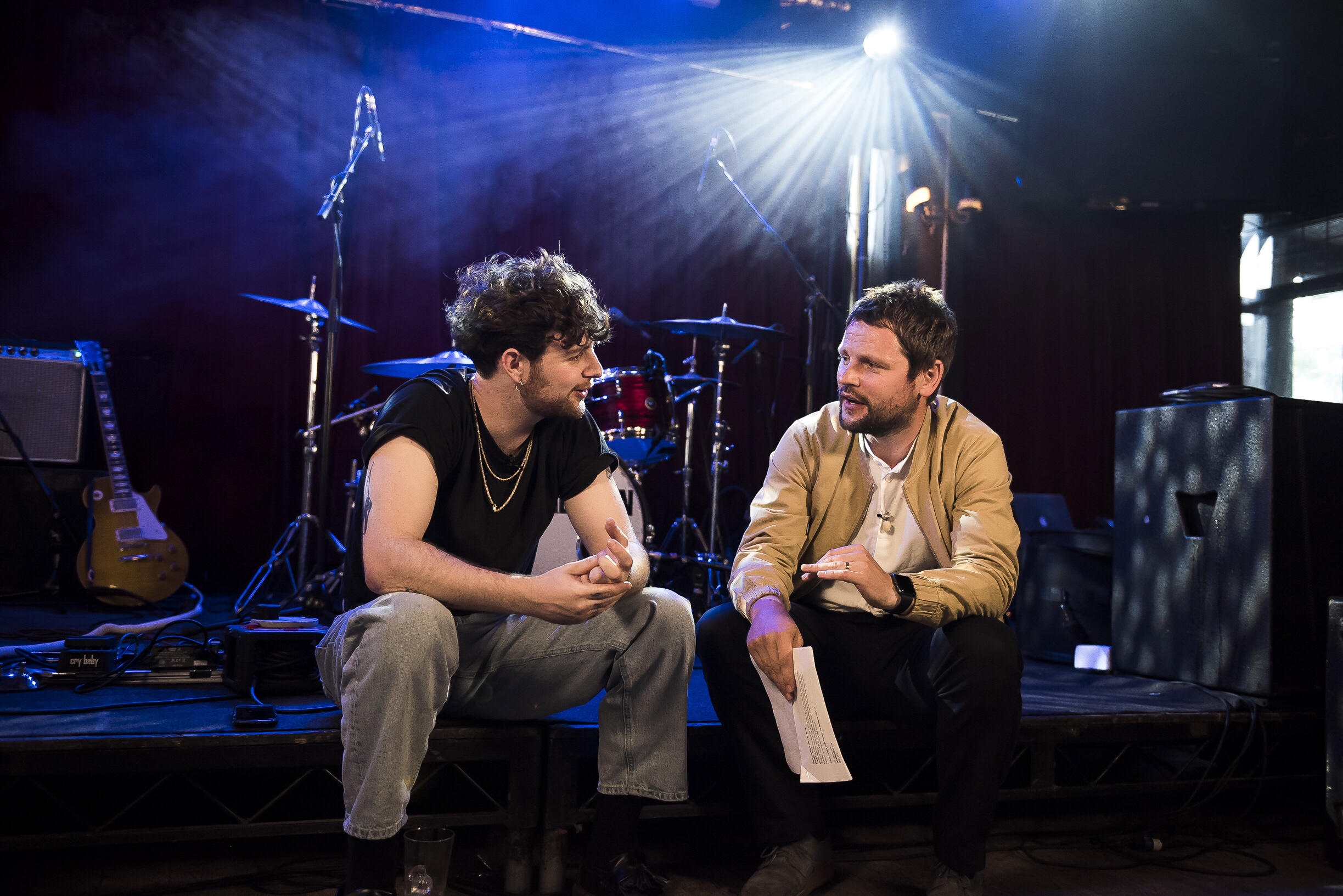 Despite still travelling around on public transport, Gordon asks Tom how his life has changed in recent months, specifically regarding a recent encounter with Elton John.  Tom said: “It’s pretty mad. I’m just a boy from Bedford who grew up in a normal life. So it’s humbling and unusual. Especially Elton John. My mum’s a massive fan, I’m a massive fan. So when he is saying and appreciating what I’m doing, it’s pretty mad. It’s cool, though. I’m taking it in my stride, I’m like yes! I’m here! And I’m staying!”

On the subject of his new social life, Tom is regularly invited to and attending events alongside other musicians, celebrities and socialites, most recently Stella McCartney, and told Gordon about an embarrassing moment with the heir to Beatles star Paul and Foo Fighters frontman David Grohl.

Tom said: “I got invited to Stella McCarney’s party and David Grohl was there. So I was like, I’ve got to say hello, thinking he was gonna say ‘sound, in a bit’ but we spoke for half an hour. It was me, Dave and Pat [Smear] and this lady was standing there, we were all chatting. I was so close to saying, ‘would you take a photo of us’ ‘cos I didn’t know who she was, but just before I was going to do that, my mate saw me going for my phone and stopped me, luckily. It was Stella McCartney! If I had asked her to take a picture, I would have been thrown out of the party.”

The interviews are interspersed with live performances from Tom Grennan, Sophie And The Giants and The Surrenders in front of a packed out Monarch, plus regular show feature ‘The TV Chuck’ competition, where guests all battle it out to be crowned king of the ultimate rock ‘n’ roll pursuit.

The episode also includes a range of other segments too, including Q&As with rock band You Me At Six who discuss their new album 3AM, what it’s like hearing their song Live The Lie on popular football video game FIFA to an embarrassing moment on a recent stag do in Ibiza. Plus, arty rockers Spring King talk about their music inspirations, disclose a few surreal ‘rock n’ roll’ highlights so far in their career to what it’s like counting the likes of Elton John and Noel Gallagher as fans.

On the latest segment of ‘What’s The Story’, where bands play an intimate acoustic set and reveal-all about their muses, are US conquering glam rockers The Struts. As well as playing new single Body Talks, the four-piece band share insights on supporting Foo Fighters and Motely Crew, brag about their star-studded audiences during a three-night residency at LA’s iconic Whiskey A Go Go nightclub, and dreams of sporting Freddie Mercury’s prawn outfit. 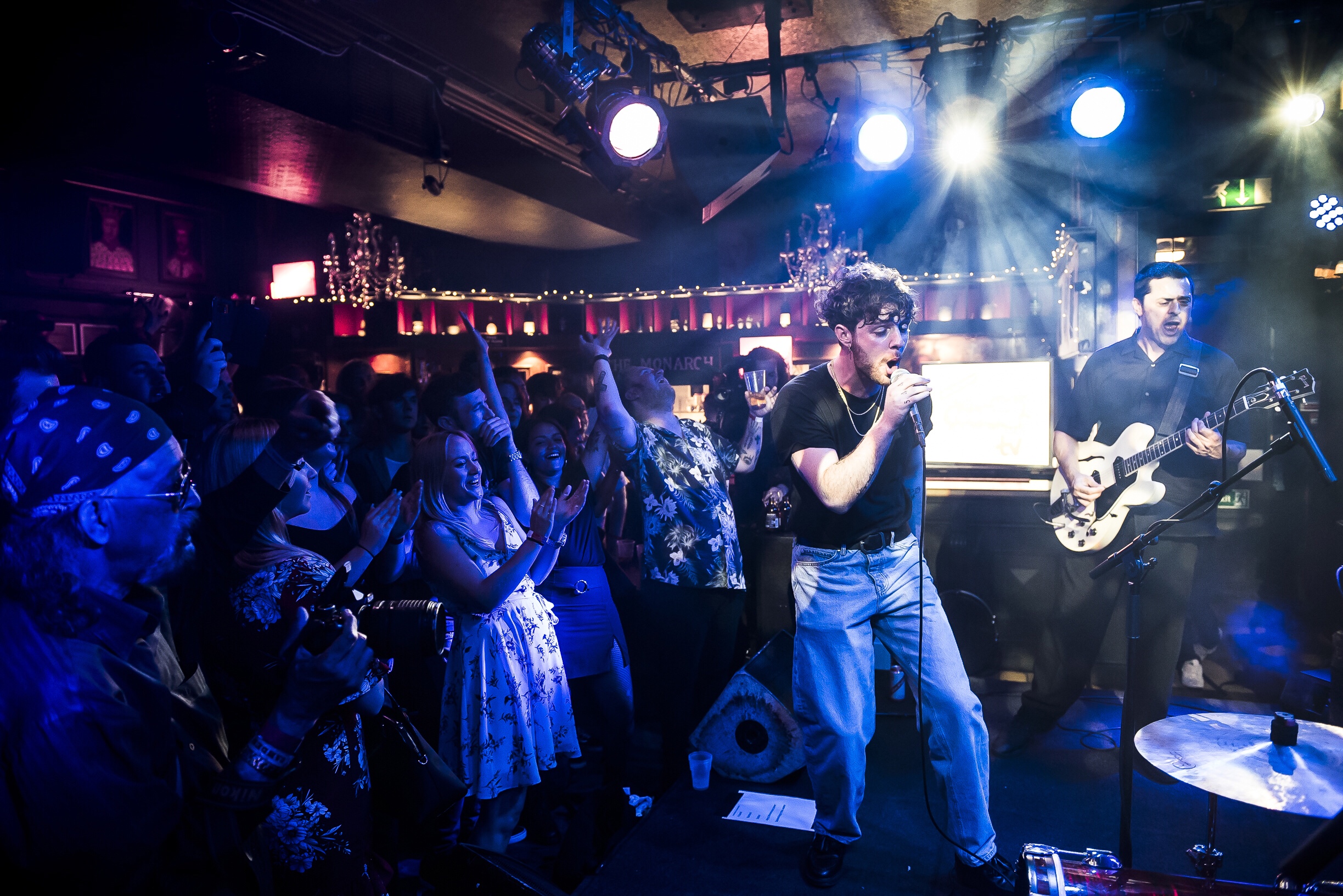 The new episode – which is available to view HERE – is the latest instalment of Red Stripe presents: This Feeling TV – a new music TV show for the digital age that still maintains all the unique charm and quirkiness that typified music TV shows back in their heyday. The show launched to much fanfare last year, with the first five episodes being viewed 840,073 times.

Peter Jones’ former protégé: “The Prince’s Trust helped me through my...

Sixteen of the world’s best emerging fashion designers to exhibit in...