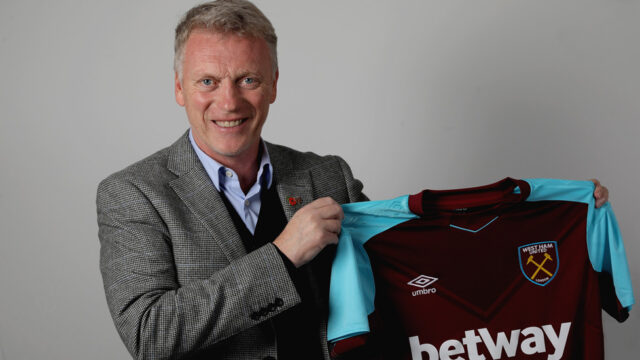 Whatever you think of David Moyes as a professional football manager, he’s not in charge at West Ham United, and will likely remain there for at least a year. He’s not the most charismatic or exciting man in the world, and nor has he won any major honors in his career, but he’s also not the worst man for the job at the London Stadium. The last time West Ham called upon his services, he kept them in the Premier League. His brief this time around will be to repeat that trick and then build upon that position for next year.

We should have little doubt that Moyes will achieve the minimum expected of him. In all honesty, it was unlikely that West Ham was going down even before they fired Manuel Pellegrini. The Chilean looked disinterested and out of his depth by the time he was fired, but the club was flirting with danger rather than embracing in. It’s likely that Norwich, Watford, and one of Newcastle, Brighton, or Bournemouth would have been more likely to exit the Premier League at the end of the season even if Pellegrini had remained in charge. Moyes doesn’t need to be a savior – he just needs to act as an insurance policy.

The timing of Pellegrini’s departure wasn’t accidental. It was clear that the board wanted a new man in the hot seat in time for the January transfer window so that they could take advantage of the opportunity to begin shaping the squad in their own image. January has now arrived, and David Moyes will be looking closely at his team to decide who’s staying and who’s going. Very soon, we’ll start to hear rumors about bids being made, and players changing hands. Inevitably, we’ve already heard suggestions that eternal Moyes favorite Marouane Fellaini may soon be on his way to London from China. Already, some fans are despairing on internet forums.

There are worse ideas than signing Fellaini, even if the Belgian workhorse midfielder is now 32. He’ll likely come cheaply from his Chinese club, and he’ll add steel to the center of the park – a center that opposing teams have found far to easy to walk through unchallenged so far this season. Fellaini isn’t anybody’s idea of a flair player, but he did a solid job at Everton and eventually came to be appreciated at Manchester United because of his sheer determination. Fellaini is a fighter, and a fighter is exactly what you need when you’re at the bottom half of the table. He isn’t a signing for the future, but he’d be a welcome addition. What West Ham truly need beyond that, though, is a striker.

The board probably won’t welcome the idea of spending big money on yet another ‘can’t miss’ forward. We’ve had many of them in recent years, and we’ve spent big money on them. Unfortunately, with very few exceptions, those big money signings have turned out to be expensive flops. That’s always the risk you take with spending big on strikers. When you pay for a spin of the reels in online slots, you don’t know what you’ve bought until you’ve taken your spin and seen the symbols that land. If everything’s lined up for you, you’ll be in the money. If it hasn’t, then your choices are either put more money into the online slots game or walk away. West Ham hasn’t won anything from their gambles so far, and walking away isn’t an option. That means someone’s going to have to put their hand in their pocket and come up with the money for yet another forward so the club can spin again.

If you need any convincing that the club needs a new forward player, just take one look at the current options. We’ll address them one at a time. First up is Andriy Yarmolenko, who is yet to look comfortable in the Premier League. Felipe Anderson shows occasional hints of what he’s capable of but has never found any consistency, and found the back of the net even less frequently than that. Albian Ajeti can’t be considered a serious contender for a starting berth. Michail Antonio has sadly never developed into the player we all hoped he would become. That leaves Sebastien Haller, West Ham’s record signing. Haller has, at least, found the net several times so far this season, but his return is still disappointing. On average, he’s averaging one goal for every three-and-a-half games he plays. A top-class striker should average one in every two. Haller is still adjusting to the division and may improve, but he needs support.

The one big positive going for Moyes as he runs the rule over potential strikers is that he knows this division like the back of his hand. Previous managers have made the error of spending big money on players who’ve never played in the Premier League (or even the country) before and therefore can’t be relied upon to make the difficult adjustment required to succeed here. It’s no secret that the English game is much faster than the Italian game and more physical than the Spanish game. The German league is a closer approximation, but the German teams in the lower half of the Bundesliga are vastly inferior to the sides at the bottom of the Premier League. This is a challenging division to play in, and players who appear to be exceptional elsewhere aren’t guaranteed to thrive when their plane touches down.

With whatever transfer budget West Ham has left, they need to go looking for a reliable goalscorer who knows how to hit the back of the net at Premier League level, and has a good track record of doing so. Such players are hard to come by but aren’t impossible to find. A new back-up goalkeeper is a priority, and the defense would also appreciate a helping hand, but without someone who can be relied upon to score when chances fall to them, West Ham can’t win games. It’s going to be interesting to see where Moyes turns to for support in the days and weeks to come.