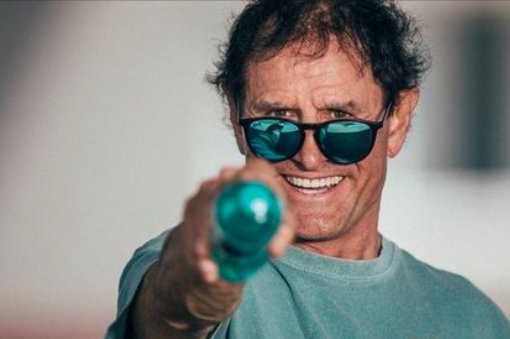 Rumaan Kidwai has cut his teeth in Indian and International cinema. Having worked with some of the masters, such as Wong Kar Wai, Kevin Macdonald, Mira Nair, Tarsem Singh, and Mani Ratnam, Rumaan is a keenly anticipated feature filmmaker, based in Mumbai, India. Fascinated by the real-life, cartel fueled journey of Dan Tito Davis, the author of the bestselling book Gringo, Rumaan has traveled halfway around the world to meet Tito in Wyoming, in the Western United States, to ideate and plot future successes. We sat down with him today to find out why he is so enthralled with Tito’s story and how it could be a blockbuster on the big screen or a super successful miniseries on an online platform.

Why do you believe that Gringo has the potential to be the next major movie Blockbuster?

I believe it can be a blockbuster because it checks all the boxes. There is a clutter-breaking quality to the originality and uniqueness of its story, added to which are the plot elements, situations, locations, and characters, that come together to culminate in a screaming crescendo of a story. Gringo is a spectacle worthy of viewing, and that’s why I am so confident that it will be the next major blockbuster.

What material is in the book that makes it so intriguing?

All of it, from the novelty of the story, to the fabric of its protagonist, to its cast of characters, its landscapes and locations, the myriad twists and turns, the human element at its core and the unconventional unfolding of its narrative, Gringo is every inch the quintessential blockbuster. The fact that it is also spilling over with sex, drugs, hitmen, gangsters, and beautiful women does its prospects no harm.

Who is Dan Tito Davis and what has he done that is so fascinating and captivating that his book, Gringo will be made into a major production movie?

In a nutshell, Dan Tito Davis is the ultimate survivor. Having been an international fugitive for over 13 years, across 50 countries, Tito had evaded the authorities in the US, local law enforcement agencies across several countries, guerilla organizations, Interpol, kidnappers, mob hitmen and his presumed destiny itself – and that is just a surface summary. Suffice it to say that a story with such a premise is crying out loud to be made into a long format feature presentation.

Why is the public so intrigued by movies such as American Made, Catch Me If You Can, BLOW and the miniseries Breaking Bad and Narcos?  How does Gringo compare to these?

I believe that we are all creatures of imagination and most of us have an innate desire to transcend the humdrum routine of everyday life. When we encounter stories of fellow humans who have lived lives that we could not even conceive of – no matter how violent, dangerous, illegal, immoral or alien to one’s own sensibility – we are automatically drawn towards their stories.

The productions that you have mentioned, allow the viewer an insider’s perspective of extraordinary lives. Gringo most certainly punches in the same weight category as these films and shows. Albeit with a massive reach advantage.

Will Gringo make a better major production movie or a mini-series?

Straight off the bat, I believe that Gringo would be better represented in the form of an episodic series. Given the vast scope, nature, and extent of the story, an episodic telling would allow the makers to truly get under the skin of the myriad characters, flesh out the timeline that spans over a decade, paint vivid and accurate accounts of the moving canvas, and most importantly, get into Tito’s head and heart as he navigates the twisting, troubled waters of this epic saga of survival. A story such as Gringo would justify, and I daresay – require – the screen time that an episodic series would allow.

Here’s how Londoners are learning to trade risk-free during the COVID-19...

Festive things to do this Christmas in South London

At Home with Hostmaker pops up in Clerkenwell with ‘Open House’...