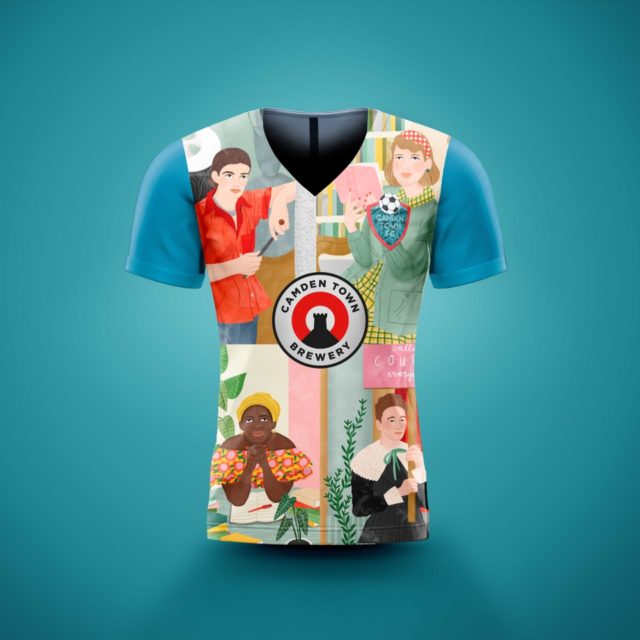 Camden Town Brewery has today revealed the design of a football kit that’s also a work of art, featuring some of the most inspiring female icons to have influenced the brewery’s home borough of Camden. The illustrations kick off Camden’s Seasonal Design Collaboration with Bodil Jane for 2019.  The illustrations are set to become the canvas for a brand new kit for the brewery’s neighbouring all-female football team, Camden Town Football Club.

Recognised for her bold and colourful illustrations of strong and iconic women, Bodil’s illustrative design pays homage to four influential figures who lived or worked in Camden, and whose lives and work inspired and empowered generations of women all over the world.

The one-of-a-kind kit will be worn by Camden Town FC, a women’s club right on the brewery’s doorstep. A limited number of the shirts will be available to purchase from Camden Town Brewery’s Bar, under the railway arches in Camden later in the month, with proceeds from the sales being donated to The Fawcett Society – the UK’s leading charity campaigning for gender equality and women’s rights.

Camden Town Brewery will also be donating all proceeds from beer sales at their Brewery Bar during the week of International Women’s Day (4th – 10th March 2019) to The Fawcett Society, which has its roots in the story of suffragist and Bloomsbury resident Millicent Fawcett.

Pranay Dhanani Camden Town Football Club’s Manager, commented on the initiative: “We couldn’t believe it when Camden Town Brewery got in touch with the idea. We are all about artistry and unity on the pitch, and supporting each other off the pitch. To play with the likes of Sylvia Plath and Millicent Fawcett on the team’s shirts, gives us that extra piece of inspiration and motivation, and makes us even prouder to represent Camden.” 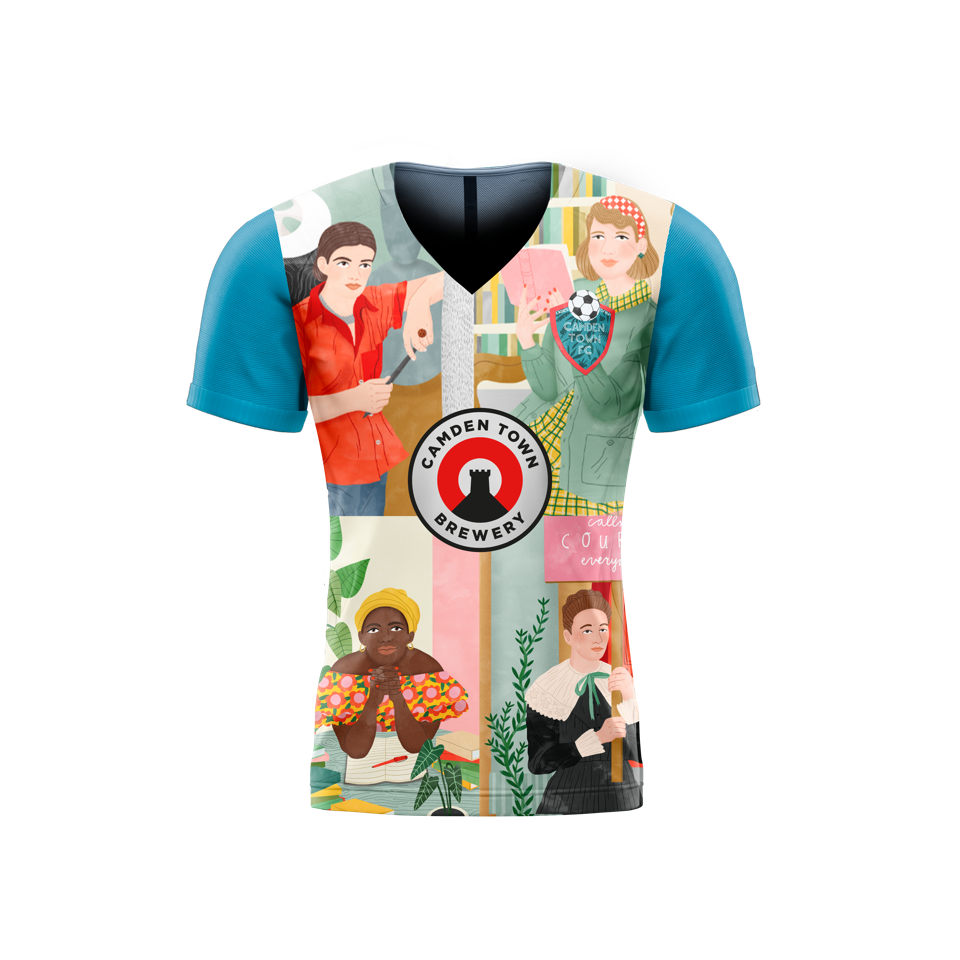 The brewery, famed for its great beer and design, collaborates with a new artist each year to design its seasonal beer cans. With the goal of making everyday items more beautiful, this year Camden Town Brewery tasked its Seasonal Design Collaborator, Dutch-born Bodil Jane, to take on a different canvas: a football kit.

Speaking about the project, Bodil Jane commented: “This project has reinvented the conventions of what a football kit can look like and its meaning to those who wear it. Having illustrated some of the world’s most iconic women, I was so inspired by the women who hail from the cultural hub that is Camden, and I’m proud of the work that now bears their faces and legacy.”

Nearly Half of Those in East of England Experience Romance at...