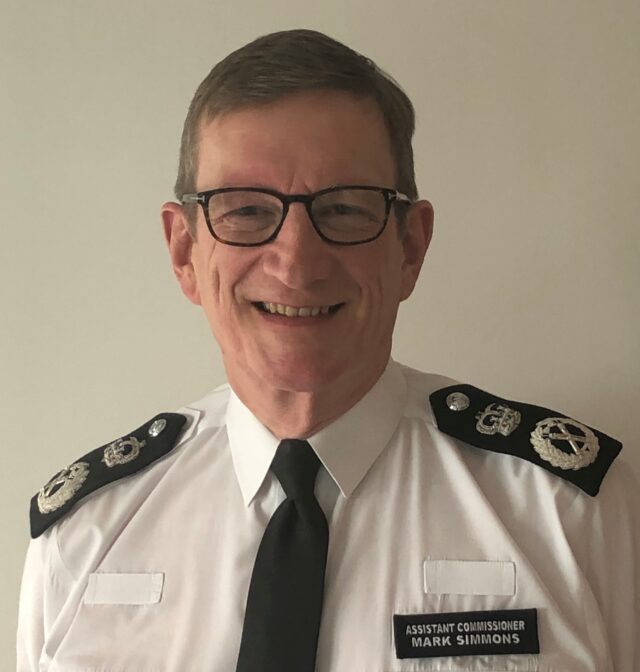 Having delayed his retirement earlier this year to lead the Met’s operational response to the coronavirus outbreak, Assistant Commissioner Mark Simmons will retire from the Metropolitan Police Service later this month.

AC Simmons joined the Met on September 6 1982 and will be leaving just shy of 38 years of service to London.

During his service he held a number of important roles in frontline policing, including Borough Commander in Tower Hamlets.

As Assistant Commissioner, Mark Simmons led on the Met’s efforts to bear down on violent crime.

In February 2012, he was awarded the Queen’s Police Medal for Distinguished Service.

AC Mark Simmons, said: “I feel so deeply privileged to have had the opportunity to serve London in what I firmly believe is the best police force in the world.

“The organisation today is fundamentally different in so many respects to the one I joined and I am proud to have played a small part in the changes.

“However the underpinning values that drew me to a career in policing hold true – compassion for victims, care for communities, a desire for justice, and a can-do attitude and strong team spirit.

5 must-follow steps to get hired