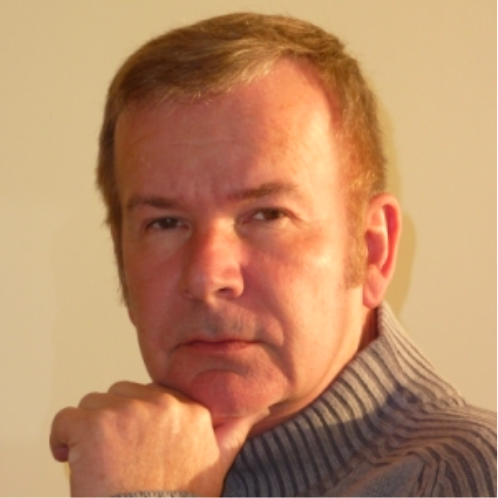 Author Ray Green is married with two daughters and lives in England. He graduated from Southampton University with a BSc in Physics and then went on to a career spanning some 30 years in the electronics manufacturing industry. For much of that time he was operating at Director or Managing Director level in several different companies and so he is well qualified to give an insight into the world of business and corporate politics and intrigue.

‘Lost Identity’, the first book in the ‘Identity Thrillers’ series, is a tense psychological thriller set in the criminal world of drug trafficking and murder. The sequel, ‘Identity Found’ finds the principal protagonists drawn into another dangerous web of intrigue. Ray Green does books are riving and filled with masterful suspense that will captivate from beginning to end.

What is your favorite thing about writing?

I think it’s the way that, when things are really flowing, I can lose myself completely in the story. It’s like entering another world for a while, inhabited by a whole alternative cast of characters.

Do you find that your writing process changes from book to book or relatively remains the same?

My basic writing process has not changed; it goes something like this –

• First, I write down the principle sub-plots which will run in parallel with each other.
• Then, I’ll make a list of the principal characters.
• Then, for each sub-plot I’ll bullet point the key events which will take place within each.
• Next – and this is the trickiest bit – I’ll work out the order in which to interweave the key events from each sub-plot and create a brief summary of what will be in each chapter. For example: ‘Chapter 1 – Penelope’s character introduced and her relationship with the victim of the later murder explored.’ That’s it – just one or two sentences to remind me what will be in each chapter.
• Once I have the list of characters, the timeline of key events in each sub-plot, and the chapter outline, I’ll start writing the actual story.

That all probably sounds a bit clinical, and in truth, I do usually deviate somewhat from the original plan, letting the story take me away from it if it seems appropriate, but I do need that basic framework as a reference point if things start getting a bit out of shape.

Besides the main character in your four-book series, Roy Groves, who is your favorite character and why?

Oh goodness! That’s a tough one. Can I highlight two? The first is Tom Montefiore, the corporate bully and main antagonist in the first book. He’s kind of a mish-mash of several unpleasant types I encountered during my 30-year career in business. In creating Tom, I incorporated just about the worst features of all of them. He’s truly detestable!

The second is Angelique, the sexy French siren who moves in next door to Roy Groves after he moves to Spain in ‘Horizontal Living’. She’s my guilty secret – I think I became a little infatuated with a non-existent woman who was no more than a figment of my own imagination!

How do you go about creating a character? Do you find you develop the plot first or do you have a thought for a character and design the plot for that character to shine?

It’s a bit of each really. As I mentioned earlier, my approach is principally plot-driven, but I already have some idea in my mind of who the principal characters will be. However, I tend to firm up on the cast of characters only once I have established the basic plot outline.

In terms of the characteristics of each player, while I start with a basic idea about each one, I do find they sort of take on a bit of a life of their own once I get into the book and almost get to inform me how to portray them. It’s one of the things I love about writing.

What do you have in the works for the future that you can tell your readers about now?

Well, after I completed the ‘Roy Groves Thriller’ series, I decided to write something completely different with a whole new cast of characters. ‘Lost Identity’, which was published about a year ago is a tense, psychological thriller set in the criminal world of drug-trafficking and murder. It was originally meant to be a standalone read, but when I sent a few pre-publication copies to some trusted beta readers they all said it was crying out for a sequel.

As a result of this feedback, I rewrote the last couple of chapters to leave a hook for a second book. That book, ‘Identity Found’, will be launched in April. I already have a germ of an idea for a third book in what I’m calling the ‘Identity Thrillers’ series.