It is well established that as one of the greatest cities in the world, London has something for everyone: from culture and the arts to history, fashion and great cuisine. The capital of England’s cultural richness makes it one of the foremost international cities in the world with tourists visiting from every corner of the globe. London is a city made for everybody, none more so than the rich and famous.

VIPs in London are treated like nowhere else; the city can provide them with everything and anything; truly a James Bond-esque lifestyle. As part of our London Lifestyle series, London-Post would like to give you a tour of our great city from the point of view of the locations that would certainly interest Mr Bond. We would like to invite you to join us and delve into London’s most exclusive casinos.

London has plenty of abundancies; perhaps too many to count. And certainly, when it comes to luxury casinos, there is no place like London. The English capital arguably has some of the most glamourous and suave casinos in the entire world, but not just anybody is allowed in.  Since the city has established a perfect atmosphere for gamblers, it’s not a problem to find a UK casino not on Gamstop here as well. Here is a look inside some of London’s most exclusive casinos.

The Ritz was established in May 1906, by César Ritz, a Swiss hotelier who also founded the Carlton hotels. The Ritz is one of the best-known places in London and is praised by many as being the height of English grace and style. The casino itself can be found in the affluent area of Piccadilly and is located in the basement of the hotel, which was formerly the Ritz Bar and Grill. You can expect to find European roulette, blackjack, baccarat, and three card poker tables. Gaming can be enjoyed in the main casino, or in one of the three private gaming salons for a more intimate and personal experience.

The staff at the Ritz are highly professional and will be able to service your every need. For all their VIP players, the Ritz allow them to stay at the hotel completely free of charge, they will even feed them and provide them with everything the casino and hotel has to offer. Many famous faces have stayed (and partied) at the Ritz; The Rolling Stones were guests there for many years whilst a number of former British Prime Ministers often lunched at the Ritz. According to legend, Edward Heath would always reserve table 29 at the Ritz’ restaurant.

However, ensure that if you do turn up to play at the Ritz casino or dine in the restaurant, that you are perfectly dressed for the occasion. Given that the hotel once refused to admit Mick Jagger for not wearing a jacket and tie, clearly proper British dress standards are important to the Piccadilly based establishment.

Now located on the corner of Hyde Park and Mayfair, Les Ambassadeurs is as elegant and sophisticated as they come. The Les Ambassadeurs Club and casino was first opened in London back in 1941, at Hanover Square, and later relocated to Hamilton Place in 1950. Businessman John Mills ran the casino until the beginning of the eighties, when the leasehold was bought by London Clubs International, before it was again purchased by the Sampoerna family in 2006. The casino has featured in the Beatles A Hard Day’s Night, as well as The Man Who Haunted Himself starring Roger Moore, and the 1962 Bond film Dr No.

The casino has been graced by royalty and celebrities alike, and of course features plush interior; think marble and gold, and a gaming floor with 24/7 croupiers manning sixteen fabulous tables. There is also a beautiful garden, where players can smoke whilst they place their bets, and, naturally, a luxurious bar. Les Ambassadeurs Club is the crème de la crème of London sophistication and grandeur. 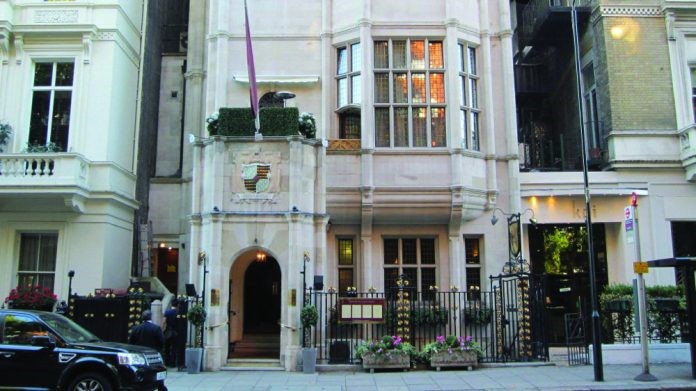 Whilst Maxims is a smaller, more intimate club, the elegance certainly isn’t compromised. Located in the heart of Kensington, the club boasts excellent gambling facilities, a whiskey lounge bar and a restaurant which specialises in Arabic, Chinese and European dining. The club was built in 1862 for John Foster, a close friend of eminent writer of literature Charles Dickens, and was initially known as the Palace Gate House. In 1899, the building underwent renovation and soon after became known by the slogan “a house built for a gentleman by gentlemen”.

Maxims Casino Club is open literally 24 hours a day and seven days per week, meaning gamblers and guests can visit whenever it takes their fancy. No doubt to become a member of this exclusive club is extremely expensive. With that being said, it was established earlier this year that the Casino Club would be sold to a consortium ‘led’ by the Canadian casino firm Sonco Gaming Incorporated. The casino was formerly by Malaysian company Genting Malaysia Berhad, Genting own a variety of casinos throughout the UK including the famous Crockfords Club. Speaking of which…

The Crockfords Club was first established in 1823, and was originally known as St James’s Club, before it was nicknamed after its founder, William Crockfords. Two of London’s finest chefs of the time, Louis Eustache Ude and Charles Elmé Francatelli, were hired by Crockford to feed the club’s members, and food and drink were supplied complimentarily after midnight. The club was (and still is) centered around gambling. However, back then the club had a somewhat raucous reputation behind it. The current Crockfords casino, located on Curzon street, has no connection with the original club. It does still use much of the “Crocky” imagery, but certainly no longer has the same raucous reputation, and is well-known for its luxury and sophistication. It features an elegant bar, a restaurant serving delicious world cuisine and of course luxury gaming at its very finest. 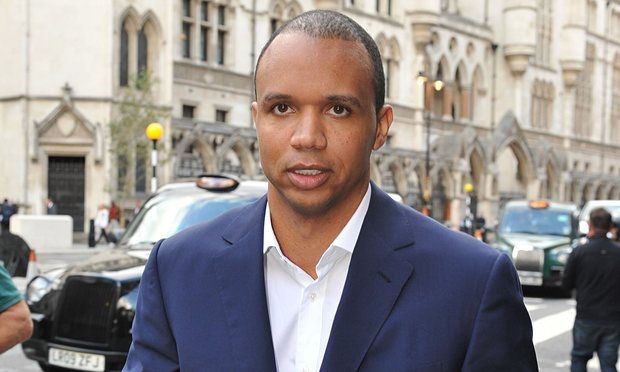 With that being said, several years ago Crockfords found itself in the news after it refused to pay world famous poker player and professional gambler Phil Ivey £7.7 million in winnings. The controversy came after Phil Ivey had won the amount playing Baccarat. Ivey and an associate of his used a technique known as edge sorting, which involves identifying small differences in the pattern on the reverse of playing cards and exploiting that information in order to win. After a lengthy court battle, the Supreme Court ruled in favor of the casino. Although Ivey received his initial £1 million stake, he was not awarded his ‘winnings’ and never will be.

Located in Mayfair, The Colony Club is the epitome of modern elegance. It is a step or two away from your more traditional English casinos, having recently undergone a fresh makeover; DJs regularly playing, a brilliant bar and a Japanese restaurant. The Colony Club’s gambling facilities are highly rated; open 24 hours a day and featuring a classic selection of casino games against a very trendy setting. The club is internationally renowned and undoubtedly a luxury casino set in the heart of London.

It is worth mentioning that all casinos (not only the luxury ones) have undergone a period of transition through the past few decades. The online casino scene gave gamblers the chance to play their favourite casino games from their own homes. Casino goers are no longer required to wear a suit and tie (are you listening Mr Jagger) to play casino games as players can do it from their very own living rooms. The UK is the home to dozens of casino websites including Labslots.com which offers users the chance to play literally thousands of casino games. However, can you imagine Mr Bond sat in his underwear battling against Le Chiffre in a game of online poker? No, we can’t either. Luxury brick and mortar casinos will always have their place in society, there is no doubt about that.

Whether you enjoy gambling at the Ritz, or online, always make sure that you play responsibly. Casino games are some of the most entertaining in the world, but it is also possible to spoil them by getting too carried away.

1 in 5 businesses in London unaware of the benefits of...