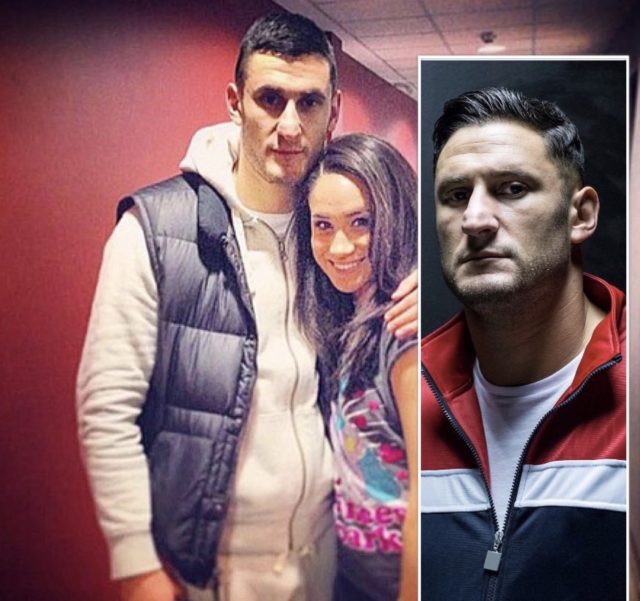 Josh Myers is an emerging star on the British independent film scene, racking up supporting and lead roles in virtually every British gangland movie sequel in the last few years including Rise of the Footsoldier 3, Fall of the Krays, White Collar Hooligan 3, Bonded By Blood 2 and Green Street 3. In his new film, The Krays – Dead Man Walking, he stars as Frank ‘The Mad Axeman’ Mitchell, the walking dead man of the title. We caught up with him recently.

Q. What made you want to become an actor?

Well my Grandpa Michael Myers was who the killer in the Halloween films was named after! The director John Carpenter loved my grandfather as he helped him become a house hold name in the UK as he released some of his early films in the UK through his company Miracle Films. So as a kind gesture Carpenter named the killer in his Hallowen film after him which I think is so cool as that name is known world wide. My father Martin Myers who has always been in the film industry too ever since I was a kid: he is a film distributor and very well respected in the industry and when I was young I used to visit film sets with him and I absolutely loved it and ever since then I said this is it dad I want to become an actor and then my dad made me go to drama school and I just kept going till now and never gave up so really it’s always been In the Family I’m just on the other side of the camera – I do the acting side which I love and I’m never gonna give up till I make a huge success and make a massive name for myself. 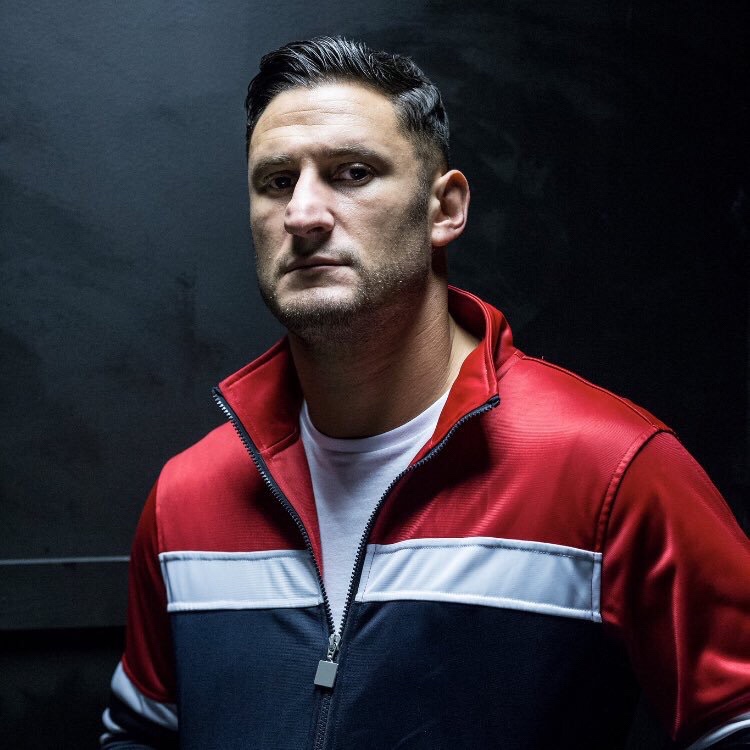 Q. What was the first film you were really proud of your performance in?

I’ll be totally honest I was really proud of my work in Rise of the Footsoldier 3 when I saw it for the first time at the premiere I was actually very happy with my performance and also working alongside some very good British actors like Craig Fairbrass who I have watched growing up and he actually gave me great advice while working with him to hopefully keep a good acting career going. And he’s now become a good mate of mine too .

I also have to say even though I haven’t seen the Film yet but I have been told by the producer that my performance in The Krays Dead Man Walking was fantastic too – I think and hope I did them proud because I gave my all for that film and wanted to do my utmost best to portray this lunatic Frank Mitchell also known as the axe man – roll on the premiere can’t wait to see it ! 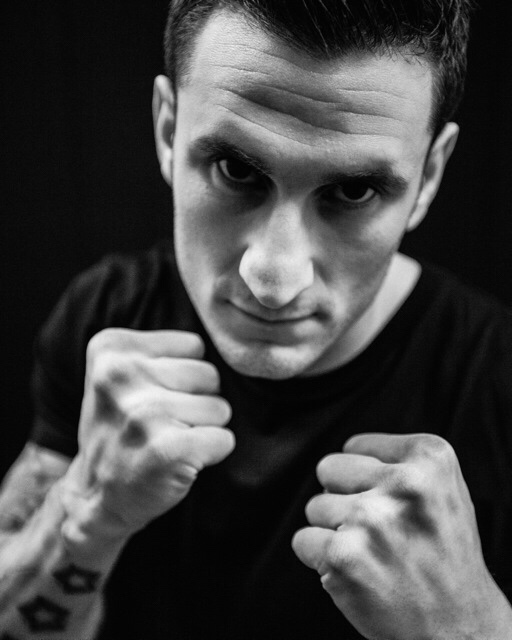 Q. Was filming Footsoldier 3 as much fun as it looked?

Yes 100%! It was so much fun filming that – being on set with Craig Fairbrass, Terry Ttone and Roland Manookian every day was just amazing! Non-stop banter and laughs everyday off camera of course, but when the camera was rolling was amazing to see everyone get serious and into the characters was just an absolute blast making that film and can’t forget the director Zackary Adler who I think did a fantastic job and was just such a lovely man and great guy to work with really hope we work together again soon

Q. How did you get the role of Frank Mitchell in The Krays Dead Man Walking?

Well I have been on one of Jonathan Sothcott’s films before – Bonded by Blood 2 and ever since then we have just become great pals and he is a top guy and a very hard worker and a very good producer – he just knows how to make a film work. I do very much so enjoy working with Jonathan not only are we good mates he is a very good film producer and gets things done juts a lovely kind hearted man and is fantastic at what he does I hope I can work with him on more projects in the future for sure. Anyway, Jonathan mentioned this role to me and sent me the script I read it and thought it was fantastic and I love all true stories that actually happened in real life so I said yes straight away and that was that and I loved playing a mental Lunatic was great fun!! 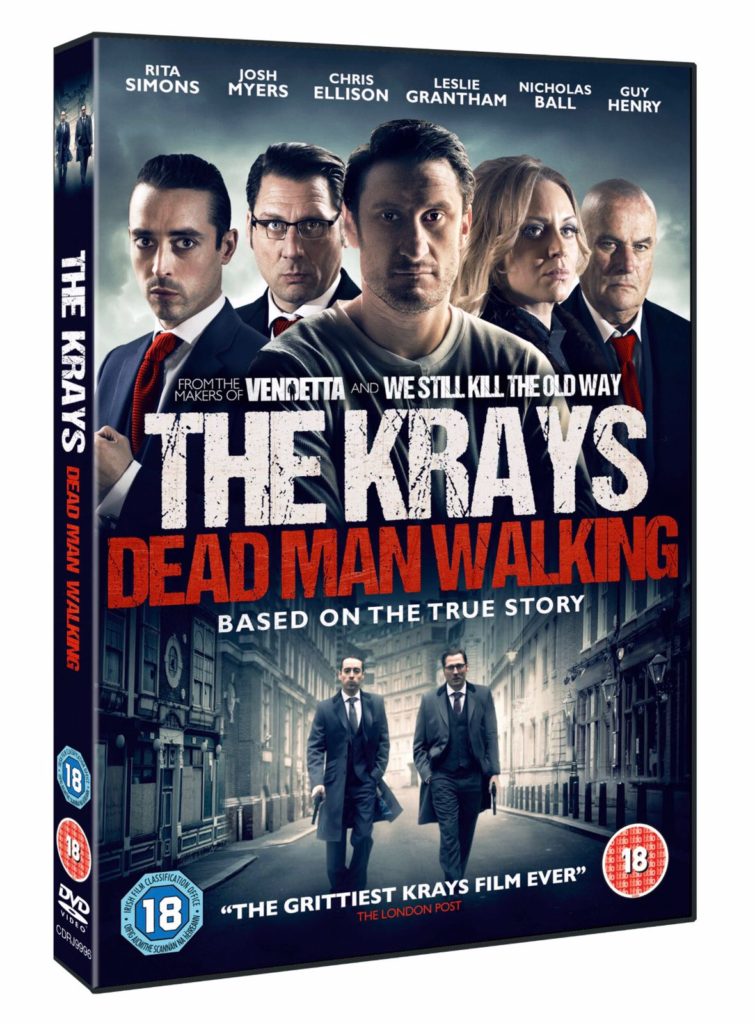 Q. Is it true you filmed a role in Legend that was cut? How was it working with Tom Hardy?

Yes unfortunately it was cut I believe they needed to cut the Film down to a certain time and my scene wasn’t that important to the film so ended up on the editing floor – was a bit gutted to be honest but I got to be on set for 3 days and work alongside one of the best British actors in the world Tom hardy . I have to say not only is he a fantastic actor but he is such a nice guy and we had a lot of laughs and jokes of set very down to earth nice guy would love one day to work with him again in a bigger role

In Antisocial you starred opposite Megan Markle – what are your memories of her? 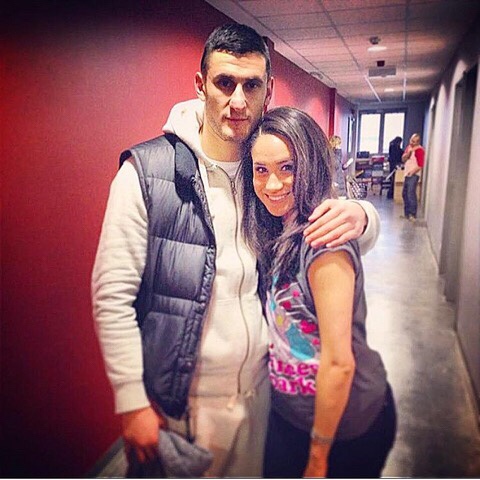 It was great to work with Megan Markle she is a very good actress and I’ll be honest there was some nights after a long days Filming some of the cast would go out for dinner and she would come along we had very nice conversation juts about life and acting she is a great lady very down to earth juts a lovely kind person . It’s crazy to think now she is married to the prince of England but I’m very happy for her

What’s next for you?

Well I have a few things in the pipe line which I can’t say right now and I’m also going to start writing something that is very topical today but also keeping that quiet to other than that just doing my thing trying to get some more big films under my belt watch this space!

What It Means To Have An Addictive Personality

Vegan-friendly products for you to try on National Vegan Day