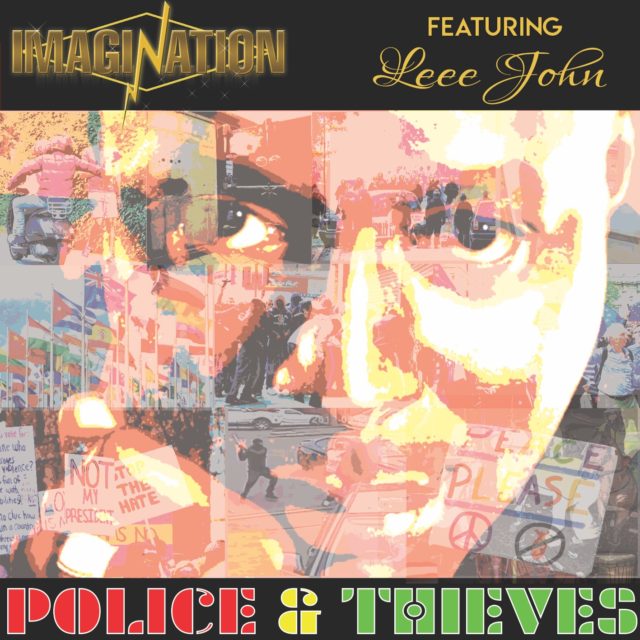 The film and accompanying song are a powerful and moving call to all communities across the UK, and beyond, to stand-up and be counted and to make themselves heard. With particular reference to the young black community and gun and knife crime, the campaign is released in conjunction with VOYAGE YOUTH and SPARK 2 LIFE.

Those featured in the documentary, and who will also be talking at the 2ndMay premiere includes:

LEEE JOHN: Architect of the Police & Thieves Campaign and world renowned singer-songwriter and performer who boasts an incredible 30 million world wide album sales along with his band IMAGINATION.

DEZ BROWN: Acclaimed author of Convicted or Condemned which tracks his personal story of teenage drug dealing, robbery and convicted murderer to his release, religion and new found commitment to save more kids falling into the life of crime. A story that has to be heard to be believed.

LEROY LOGAN MBE: One of the earliest and most respected pioneers of the Metropolitan Police with his movement to reform British Policing from the ‘inside out’ with regard to race relations. Rising to the rank of Superintendent before his retirement in 2013, his impressive achievements include written and oral submissions at the Lawrence Inquiry in the late 90’s, developing youth programmes in response to concerns about violent crime, responding to the London Riots in 2011 through to today’s racism and corruption scandal relating to the Lawrence campaign.

ANGIE GREAVES: Acclaimed British radio presenter and broadcaster who changed the face and sound of radio in the 90’s with her Breakfast Show on Choice FM and has since gone on to national fame with shows on BBC Radio 2 and Magic FM amongst others.

Google to now tell you how crowded your London bus, tube...

Here’s what we know about THE KRAYS – DEAD MAN WALKING