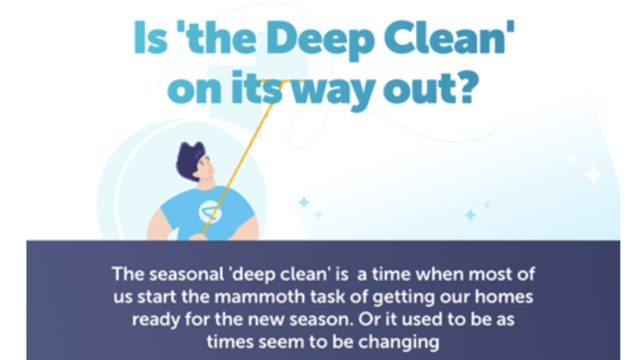 Known to be a house-proud nation, 51% of Britain admit that they stress about the cleanliness of their home. For many it means the bi-annual mass clear out of ‘the old’ and cleaning the most forgotten crevices of the home, but it seems a shocking 85% of Brits don’t believe that the ritual will stick around for long. Even though Brits remain a squeaky-clean nation, our attitudes towards performing the task ourselves has clearly changed.

Contrary to popular belief, a recent UK-wide study revealed that less than half of the participants still have a yearly clean and whilst 37% admitted to only carrying out a ‘deep clean’ every few years, with one in five confessing that they never bother.

According to the same research, the most common tasks during a deep clean/spring clean include:

·         Cleaning underneath and behind furniture

Although the statistics might seem difficult to believe at first glance, the decline in the UK’s seasonal cleaning habits should really come as no surprise – as on average Brits are spending a whopping eight years of their lives doing chores. Among the list of the most time-consuming chores are ‘doing laundry’, ‘walking the dog’ and ‘cleaning the kitchen’; all of which amount to just under three hours a week (or 156 hours a year) worth of chores for the average UK adult. 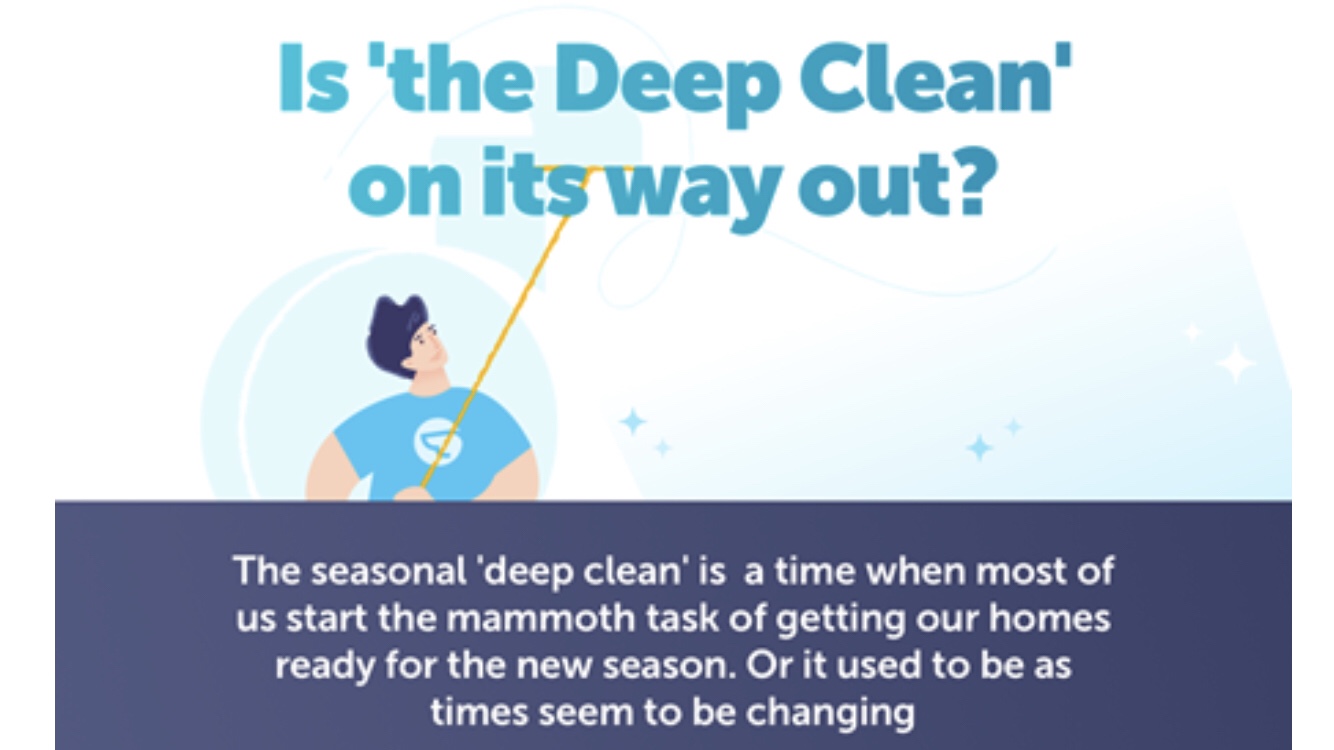 It is safe to say that cleaning habits in the UK have evolved. A recent 2016 survey found that a third of UK households hire someone to help them around the house, with this trend being driven by under-35s. More families are paying for their chores to be done via the likes of ‘task apps’ such as Airtasker as hiring in help becomes more mainstream.