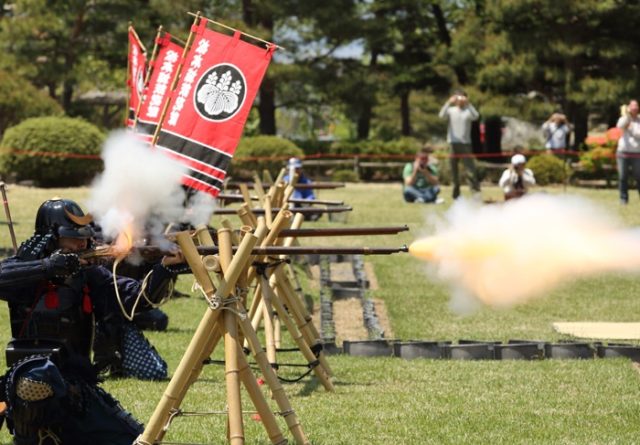 Clad in black armour, a samurai loads and prepares a heavy looking gun. The clouds of gunpowder create a silhouette that obscures the field and then suddenly, a loud roar as another shot is fired… 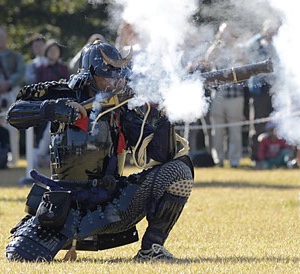 Matthew Okuhara is a British veteran turned adventurer. ‘I did my time in the army and police’ he recollects. ‘I learnt a lot and did a lot but circumstances changed, as they do for many people all over the world. My circumstances lead me here, to the other side of the world.’

Now a retainer to the Matsumoto Gun Corps, Matthew Okuhara helps keep the tradition of matchlock samurai alive. Introduced in 1543, firearms changed the way battle was fought in Japan forever. ‘The normal idea of samurai is that of an elite military armed with blades and bows’, he continues. ‘But samurai excelled in many other forms of warfare as well as diplomacy. The main idea of the tanegashima – or matchlock, was that a domain could train and equip an army a lot faster and cheaper. It took a lifetime to train a samurai but mere months for a peasant soldier’.

Relatively unknown outside of academic and military history circles, the gun samurai were the officer caste of feudal Japan. They trained and lead the soldiers that carried the tanegashima. The samurai themselves were armed with ornate and unique guns and were expected to identify and engage with high priority targets. Once close enough to use swords, the soldiers would change to the more familiar katana, or samurai sword. This is what the Matsumoto Gun Corps practice today. As a team of 18 samurai, they take part in displays and demonstrate the martial skills that were used during the Tokugawa and Edo eras. 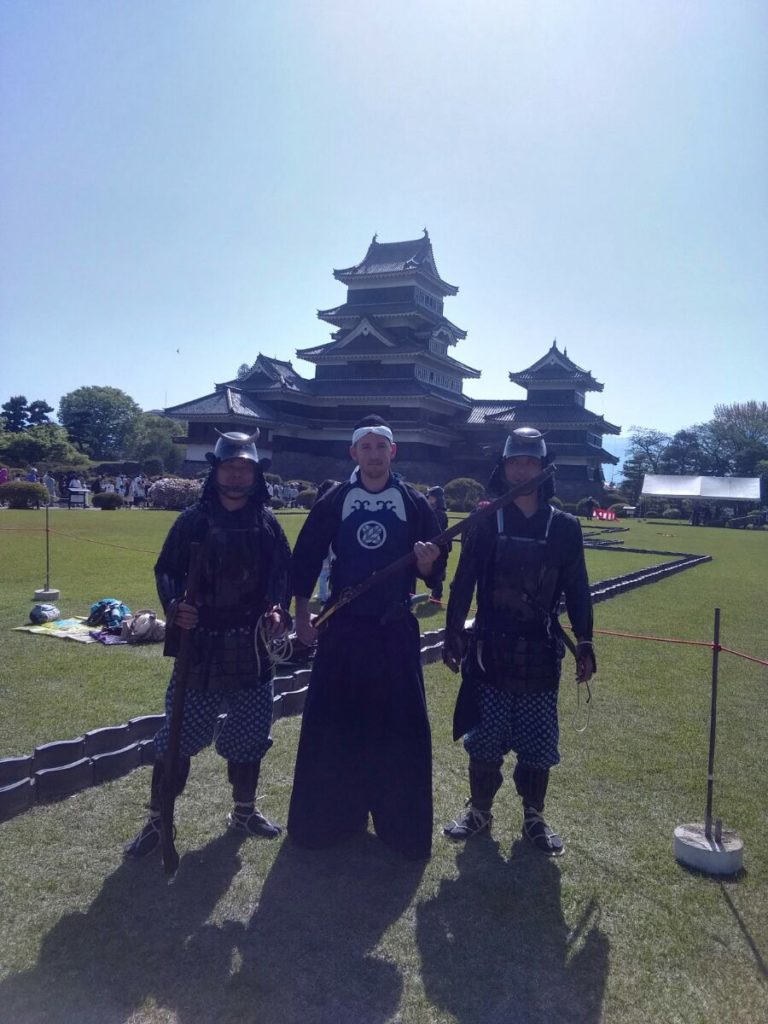 Known to an even lesser extent, were the western samurai that would advise, train and support the lords of the domains. William Adams, a British sailor arrived in Japan in 1600. In 1867 Jules Brunet, often referred to as the Last Samurai, owing to his story being loosely used for the Hollywood movie of the same name. And then Matt Gavin, now Matthew Okuhara advises and assists with the samurai found at the imposing Matsumoto Castle.

The samurai were removed from Japanese politics during the Meiji restoration. The culture however, remains. You do not have to travel far in any town or city to find reminders of the samurai and feudal era: castles, museums and collections owned by private owners. The samurai ideal has even been exported in the form of martial arts and exciting movies. The word samurai itself conjures up ideas of impressive armour, sharp swords and a dedication to duty.

‘Our main aim is not only to keep history alive, but also touch on that history which is not so well known’. Those who cannot see the Matsumoto Gun Corps can always find them online at http://www.GunSamurai.com, or by using social media. Okuhara continues, ‘we all have a personal connection to what we do. We want people all over the world to see that the samurai spirit is alive and well.’

The Casualties of Sport Event Cancellations

Best deals during Black Friday – how to find them?