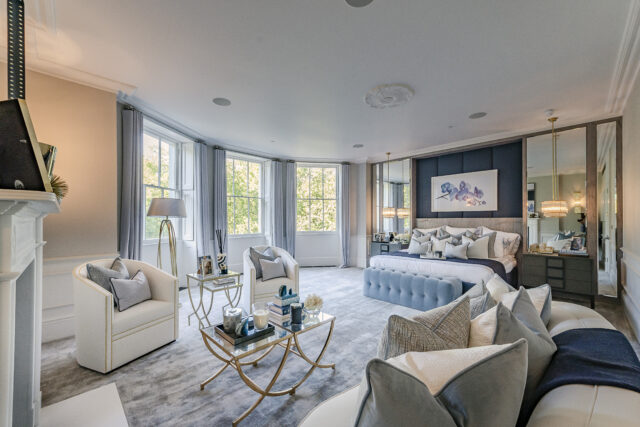 On the back of the London housing market being restarted, Beauchamp Estateshave successfully sold for £15.45 million a mansion at 26 Old Queen Street on behalf of the vendor, the Canadian based Benisti Family Office, selling to the buyer, an ultra-high-net-worth Russian billionaire.

The 6,573 sqft five bedroom townhouse-mansion, which has sold for £15.45 million (£2,351 per sqft), this is a £ per sqft record for the St James’s Park local area, the last big deal in the local area was back in August 2018 when a house at 28 Queen Anne’s Gate sold for £2,213 per sqft. At almost £15.5 million the sale is the biggest single resi-property deal above £10 million to be done during and following the Lockdown in London.

The vendor was the Canadian Benisti family, via their Benisti Family Office, the buyer a Russian billionaire, in his 40s, girlfriend and children from a previous marriage: the buyer owns a leading energy group. Gary Hersham, Founding Director of Beauchamp Estates was the agent who brokered the deal.

The Russian buyer had a budget of £25 million and wanted a home in Prime Central London – between the River Thames and Marble Arch, something inside Brompton Road/Harrods to the West and Tottenham Court Road to Trafalgar Square in the East.

The Russian and his girlfriend looked at a house in Belgravia, priced at £2,800 per sqft, and a smaller house in Mayfair priced at £5,500 per sqft, they started looking in late January 2020, they reached agreement to purchase 26 Old Queen Street on 20th March, just prior to the lockdown. On Wednesday 13th May they were able to reinspect the house and the lawyers finalised the deal, which completed on Friday 15th May.

The phpTrader’s Official statement about the recent hack

Sadiq Khan has called on YouTube and Google to crack down...