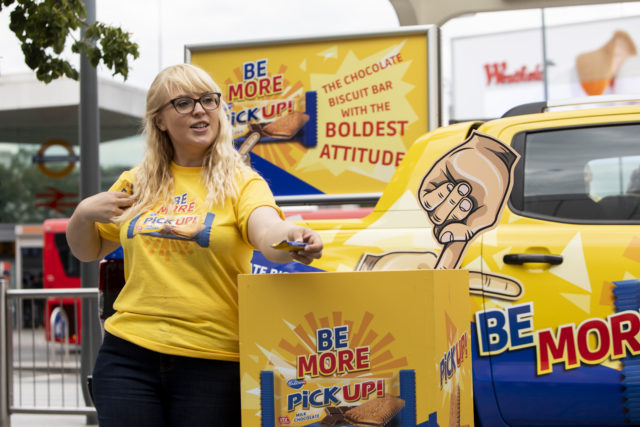 The nationwide study also found that a massive 88 percent of Brits admit they regularly say sorry for things that aren’t their fault, with the average UK resident apologising for something they didn’t do a whopping EIGHT times a day.

57 percent of Brits admit they apologise when someone bumps into them, a third say it when asking a colleague to do something at work, and for a quarter of us, the word slips out when someone treads on THEIR foot.

Incredibly, seven percent of Brits have even said sorry after someone else bumped or crashed into their car.

The study, commissioned by PiCKUP! – the chocolate biscuit bar with attitude – found that, perhaps unsurprisingly, given our fondness for the word – Brits are quick to judge people who don’t say sorry.

More than eight out of ten (83 percent) of us admit that we’ve had a fit or a rage when someone has failed to apologise for something they have done wrong.

The origins of the word ‘sorry’ can be traced to the Old English ‘sarig’ meaning “distressed, grieved or full of sorrow”, but of course, most of us use the word more casually.

While it may sound silly to apologise all the time, evolutionary psychologists believe it is part of our nature.

By saying sorry you are signaling to other humans that you feel guilt and can be relied upon not to act badly in future. In turn that means you will be able to work together.

The research found that we’re a polite nation, with the average Brit giving themselves a rating of 8 out of 10 of the good manners scale.

And 71 percent of us believe that we place more emphasis on manners than other countries around the world.

Claudia Eschbacher, PiCKUP! Senior Brand Manager commented: “This summer we are on a mission to make Brits more bold as it is madness that so many people feel they are too polite and not outspoken enough. We are touring the nation with our ‘Be More PiCKUP! campaign and sampling our delicious chocolate biscuit bars as well as working with experts, influencers and social channels to get Britain on track to being bolder. From Blackpool Pleasure Beach to the Bullring in Birmingham, we are coming to a location near you!”

The research found that over-politeness can sometimes be a hindrance however, with 77 percent of Brits claiming that you can be taken advantage of if you’re too well-mannered.

In fact, three in ten (30 percent) Brits are too polite to complain if someone pushes into a queue, 28 percent don’t complain about bad service in shops, and 26 percent put up with noisy neighbours to avoid bad feeling.

According to the data 15 percent of Brits wouldn’t complain if they were served cold food in a restaurant, while a further 23 percent wouldn’t say anything if a hairdresser cut their hair badly.

And 77 percent of us unwilling to ask for a pay rise because we worry about seeming impolite. 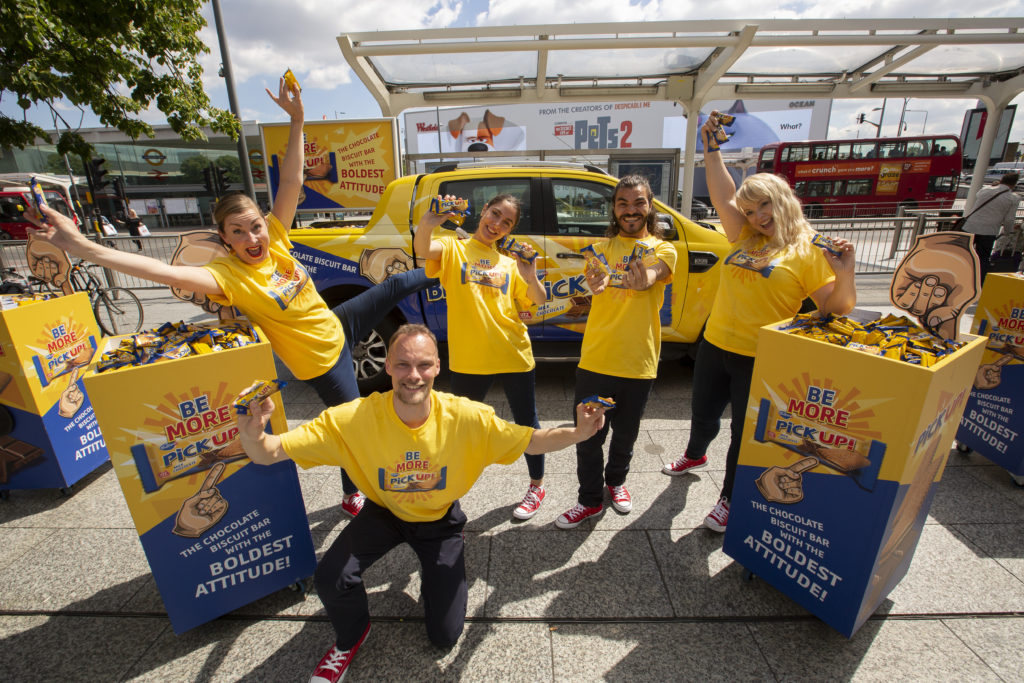 This kind of reticence is perhaps why 30 percent of us believe Brits are “too polite”. And 20 percent of people actually believe we should apologise LESS as a nation.

Regionally, it appears brusque stereotypes may not be true as Northerners (37 percent) were seen as more polite than Southerners (21 percent).

Interestingly, while people from Brighton say sorry the most often 15 times a day, compared to the national average of 12, they rate themselves as only 7 out of ten on the politeness scale.

The data shows that people from Norwich and Oxford believe themselves to be the most polite in the UK, giving themselves nine out of ten for politeness.

From now until September PiCKUP! chocolate biscuit bar is set to deliver their tongue-in-cheek wisdom and over 1.2 million samples to the Great British public at fun and frivolous locations such as Westfield shopping centre in London and Blackpool Pleasure Beach, in addition to working with outgoing and outspoken social influencers to positively ‘pick up’ Britain.

Invest in ‘bobbies on the beat’, London boroughs urge